What is the 2019 Citizen Inquiry into the Health of the Darling River and Menindee Lakes?

The Citizens’ Inquiry is an independent, non-government, civil society initiative, created and managed by community leaders, environmental and human rights lawyers and First Nations Elders, who are volunteering their time to support communities affected by the declining health of the Darling River and Menindee Lakes. The Inquiry offers a safe, unbiased forum for people along the Darling River to share their stories, concerns and solutions.

The Inquiry will run from 21 January to 30 April 2019, with public hearings being held from 19-29 March, in Mildura, Wentworth, Broken Hill, Menindee, Wilcannia, Bourke, Walgett and Brewarrina.

How will the Inquiry help communities along the Darling River?

As a citizens’ initiative, the APT is not a government endorsed activity nor do any of its activities, decisions or recommendations have the force of government-sanctioned law.

The APT follows in the tradition of other Peoples’ Tribunals around the world, including the Permanent Peoples Tribunal and International Rights of Nature Tribunal, which work to give communities a safe, unbiased platform to come together to demand ecological and social justice.

The Tribunal will publicise its findings and recommendations through media and social media channels, and will send its report and recommendations to all relevant government agencies, corporations and interested stakeholders. This will support citizen campaigns aimed at ensuring Governments and Corporations to respect and listen to community concerns and solutions.

What will the Inquiry do?

The Inquiry is inviting people who reside in communities affected by the declining health of the Darling River – including First Nations Peoples, farmers, local councillors, business people and other concerned citizens – to have their voice heard.

How can people participate in the Citizens’ Inquiry?

People can participate in the Inquiry in two ways:

The Citizens’ Inquiry is open until 30 April, and will compile all community testimonies and present a report and recommendations to the Federal, NSW, Qld, Vic and SA governments by mid 2019. Community evidence will include testimonies (written and oral/video recorded) by people who reside in communities affected by the decline of the Darling River. The Inquiry will also invite testimonies and evidence from scientists engaged in scientific research and monitoring of the river and its ecosystems, and lawyers with knowledge of the current governance system for the river.

Why was the Inquiry created?

Concerned citizens petitioned the Australian Peoples’ Tribunal in early 2018, inviting the Tribunal to support communities affected by the declining health of the Darling River.

The Darling River featured as one of the case studies in the 2018 Citizens’ Inquiry into the Impacts of Industrial Scale Agriculture on Community and Nature’s Rights. The 2018 Citizens’ Inquiry was held in Brisbane on 27 October 2018. All testimonials from the Darling River case study can be viewed on the 2018 Inquiry webpage. You can also read the Initial Statement from the 2018 Tribunal Panel.

Holding the 2019 Citizens’ Inquiry into the Health of the Darling River was one of the recommendations that came out of the 2018 Australian Peoples’ Tribunal, which was held in Brisbane on 27 October 2018.

Secretariat Support for the Tribunal is organised by the Australian Earth Laws Alliance.

The Citizens’ Inquiry Panel includes the following people, who are volunteering their time to manage the Inquiry and participate in the public hearings: 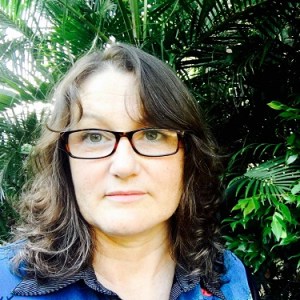 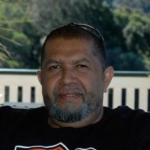 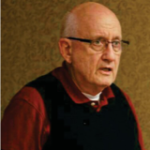 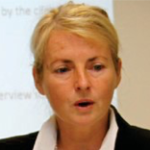 People who live in regions and towns connected to the Darling River can participate in the Citizens’ Inquiry in two ways:

Everyone who submits written or oral testimonies are asked to address any or all of the following Terms of Reference: